Last month I spent 3 solid hours colouring with a 10 year old. No bathroom breaks, no snack time, just 3 solid hours in the armchair in more or less the same position, and it was wonderful.

His mum (my oldest and dearest friend) was out with his big sister at her grade 11 Graduation. I was the babysitter. After a nostalgic dinner at Basha’s on Monkland Ave. in my old Montreal suburb of NDG and a tour around the neighbourhood, we returned to his home, broke out the mandala colouring book and went to work.

My young friend, who is a talented artist, made a plan based on the colour prism and he started colouring in the middle of the mandala with yellow and orange. So, we worked out that by following the prism that I would be colouring in pink and purple around the edges. Some of our markers were thick and others were thin but so were the designs in the mandala we chose, so everything was destined to work out. In our slow exuberance, mistakes were made and symmetry was not achieved.

Me: I screwed up.

Him: There are no mistakes, just happy accidents.

Q:     What did the snowman say to the other snowman?

All that could be heard was the scratching of the markers on the thick white paper and the rhythmic in and out concentration of our breathing. It was a deeply relaxing activity and before we knew it, it was 10:21 pm. Why was this so satisfying?

For me, lines have often represented bureaucratic barriers, often hostile corporate and government delineations. It seems like such an obvious metaphor I realise but they do seem to be ominous black barricades and fixtures which good people have been fighting against for what seems like forever. ‘Towing the company line’, ‘hold the line’…forms of separation and othering and keeping apart – them and us. Lines are points of difference.

But there at night with a rainbow of choices among us, instead of separation we could draw colours in between the lines and make other worlds happen in the spaces in between. We eliminated the black and white by creating a rainbow of colour instead. This was a celebration of staying between the lines instead of a fight to break them down or move them. These were good lines, they kept a 10 year old and a 48 year old contained in a joyful place until late at night and where the task could and would be completed the next morning in the sunshine. 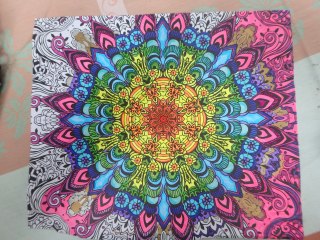 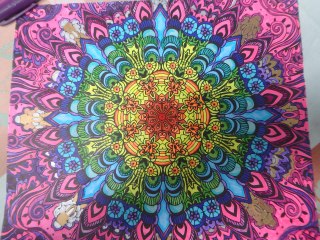 It was the opposite of a film (Ivory Wisdom) we made together about a carved elephant tusk we found in a second hand store in Verdun. That is a harsh line of legal / illegal, right / wrong, alive / extinct, animal / ornament. It is the line between life and death and it is expressed with the wisdom and clarity only a 10 year old possesses in so succinct a way.

This recent visit back to the country of my birth has been filled with lots of lines, endings and boundary crossing events and it has exacerbated my tendency toward black and white thinking. So, it was so refreshing to have spent time in the quiet company of a 10 year old friend who created rainbows out of black and white and who reminded me to see the potential between the lines.